This is the ARCHIVED WEBSITE for the 2011 Africa in Motion Film Festival.               For up-to-date information visit: www.africa-in-motion.org.uk

To watch trailers, clips, interviews, shorts and documentaries from the festival check out the AiM TV channel.
(hosted by Ethical TV)

"Thanks so much for a great few days in Edinburgh and inspiring films and talks. I found your programme very interesting, dealing with many key issues of our continent. "

Welcome to Africa in Motion 2011: Children and Youth in Africa 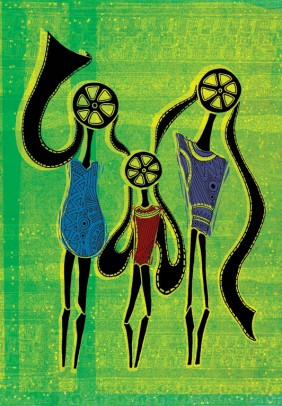 Africa in Motion is already in its sixth year! The profile of the festival has grown steadily since the inaugural season in 2006 and this year Africa in Motion focuses its attention on films and events that open doors to children and youth in Africa. The young African nations and their young communities face many challenges but also hold much promise, and we want to offer a positive and constructive outlook onto the future of the continent. During this year’s festival, we will look at cinematic representations for, by and about children and young people both in the rural areas and the urban centres of Africa.

Our programme of films and events deals with many aspects relating to the youth, such as education, entertainment, stories and myths, the future, and social issues affecting children and young people in Africa. The festival therefore made extra efforts to invite schools and children to the cinema and we are screening a number of films especially for primary and secondary schools in and around Edinburgh, in collaboration with National Schools Film Week. Our films focused on children and young people will showcase some of the best and most exciting recent African films for young audiences. These films combine the magic of the moving image with the powerful presence of some extraordinary child actors. Alongside the film screenings, the festival has endeavoured to create fun and challenging workshops and events for Scottish children to really engage with the lives and experiences of their African counterparts and get to learn the stories best known to them.

The rest of the festival will be dedicated to our well-known quality films: epic classics, contemporary gems, incisive documentaries, acclaimed shorts and animation films, with a continuing focus on children and youth in Africa. We pride ourselves every year in selecting the best of classic and contemporary African cinema for our audiences, with many UK premieres and films that are not widely seen in the UK. This year the festival will offer new opportunities to delight in African film, with the added incentive of sharing that enjoyment with children and young people. We hope you will enjoy the festival thoroughly and get to appreciate the children who contribute so much to African culture and its future.

To explore this year's programme, browse Films and Events.